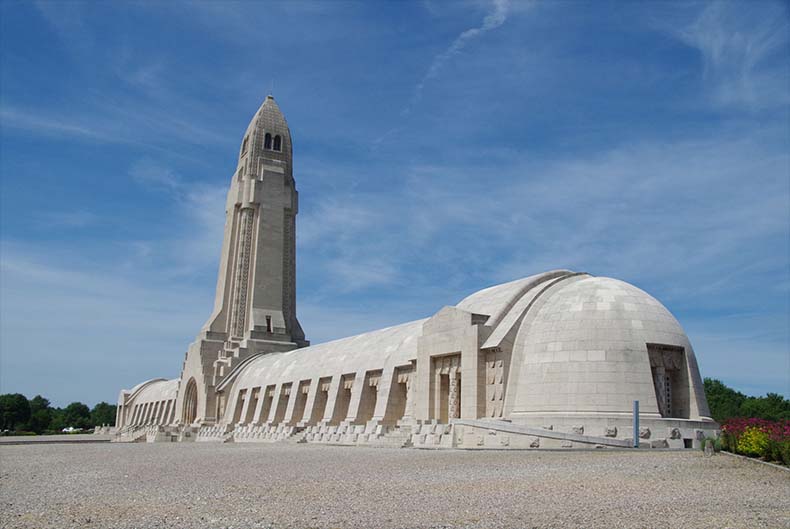 he Ossuary contains the remains of 130,000 unknown soldiers. Visitors see a film entitled, "Verdun des hommes de boue" (Verdun, Men in Mud). The film is shown every half-hour, with commentary available in French, German, English, Dutch, Russian and Chinese. Visitors can access the tower and its museum.

From the tower, there is a panoramic view of the entire battlefield.
In front of the ossuary is a vast national cemetery containing the graves of more than 16,000 French soldiers. The Ossuary and cemetery are among the country's national memorials to the First World War. If you want to understand the Battle of Verdun, the Ossuary is the best place to come.