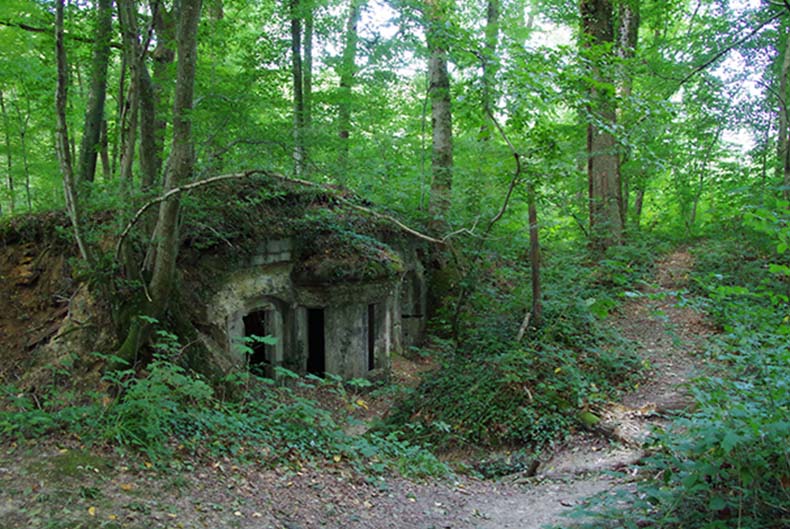 Battle sites of the Argonne area

In September 1914 the first combats broke out in the Argonne Forest. This fixed-position war lasted until 1918, with the huge Franco-American offensive launched towards Sedan.

It was in the Meuse that the American Army was engaged autonomously in Europe for the first time in its history. American remembrance is strongly present in the Meuse, through the very imposing monuments with their classical workmanship. The cemetery at Romagne is the largest US cemetery in Europe.

The Argonne area is criss-crossed by an impressive network of trenches and passageways. Underground, there are miles of galleries linked to approach trenches.

Among the remarkable site in the Argonne area :
Take the D38 of Varennes-en-Argonne, and the D6 Lachalade.