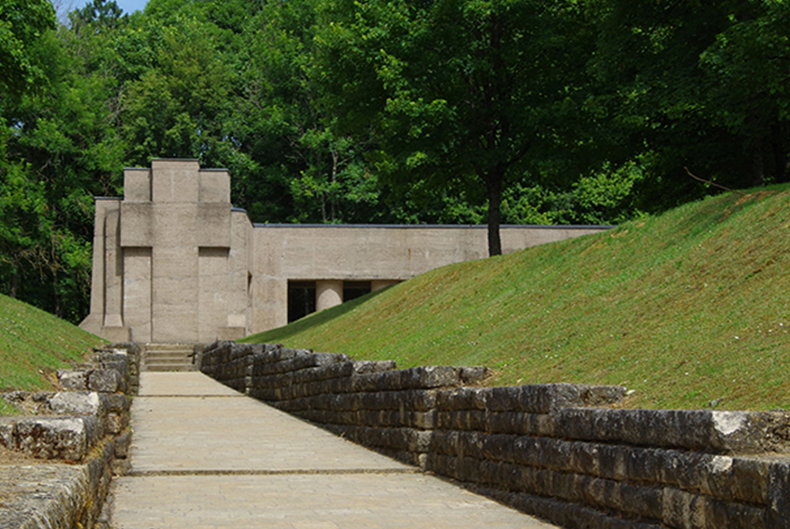 This monument, which was built by an American, is based on a legend stating that French soldiers were buried alive, standing in their trench during constant shelling. It has remained in popular memory as a symbol of Verdun's battlefield.