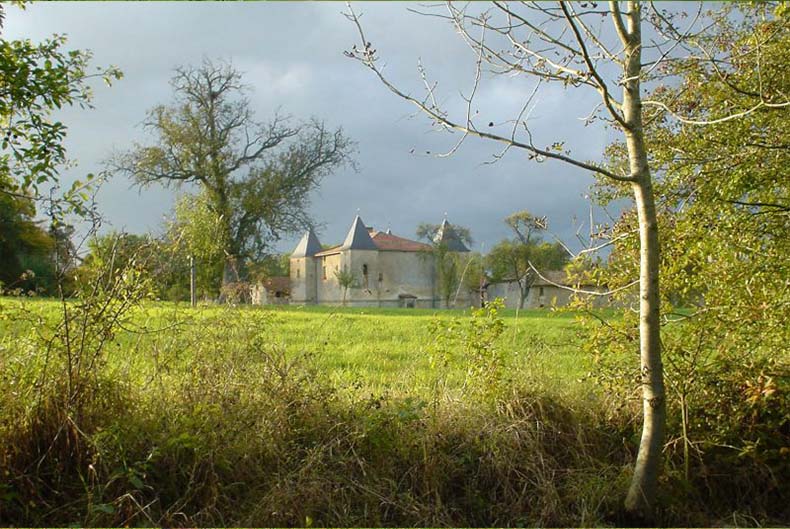 This is an outpost of the Lorraine citadels of Stenay and Jametz, and opposite Villefranche, a French citadel that can be seen from the other side of the Meuse.
Evidence of a Gallo-Roman presence was discovered under the courtyard of the higher Choteau (burnt wooden structure, presence of tiles). In 1615, two brothers shared the estate, which explains the presence of two châteaux so close together. Both buildings were originally surrounded by fortified farms. From the Middle Ages to the end of the 19th century the estate belonged to families of Charmoye and Herbemont.

LOWER CHATEAU: In 1870, the old chateau, or lower chateau, was transformed into a troubadour-style building. The villages which surrounded it were razed.

HIGHER CHATEAU: The higher chateau was turned into a farm. The building certainly dates from before 1615, a date marked on the pediment of the entrance door. Built on a square plan, with four bastion towers, there are two levels; on the courtyard side, the first level is M. two meters from the ground.
For its defense, it has numerous arrow slits on the towers, in the gatehouse to the right of the door, and on the inside. After the French invasion in 1654, the frontier now being further away, windows were put in lower down, underneath the stone band.
In 1870, the building was turned into a farm. The slope of the main roof was knocked down and the stone cornice on the main building removed to allow four hay windows to open. The gatehouse was also removed. The fire place was taken down and taken lo pieces in the lower chateau. In 1980, the chateau was left virtually in ruins.
Restoration: The masonry high on the walls has been repaired, the wooden frame and the tower coverings remade, the windows restored, the interior floors and ceilings, replaced or reinforced, in the French style.

Text and thanks: Cercle Dagobert II, Stenay CHARMOY BIER The famous charmoy bier is brewed at the castle. Opening hours store: every Saturday from 9 till 12 am. Site internet: https://www.bierecharmoy.com/