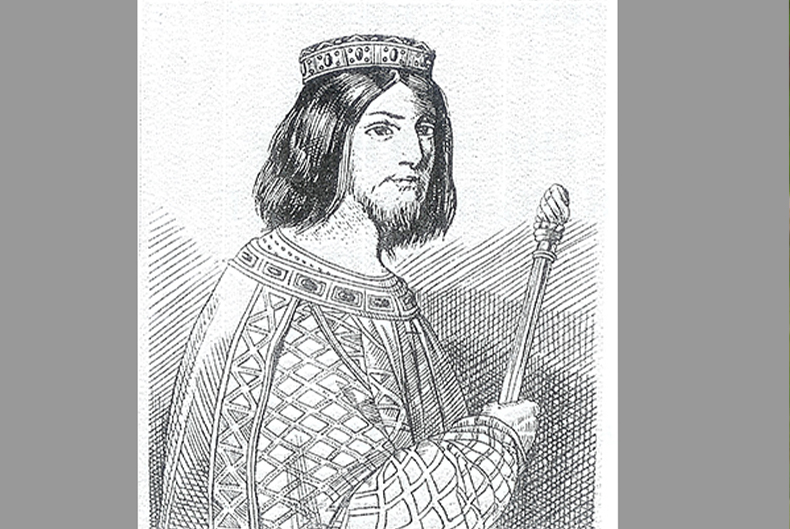 Who was Saint Dagobert II?

Son of the Merovingian King Sigebert III (or Sigisbert), and grandson of King Dagobert II, he was born around 652 AD. When his father died in 663, he was exiled by Grimoald, the Mayor of the palace, and was educated in a monastery in Ireland.
However, Grimoald's treacherous ruse was to no avail. When Wilfred, Bishop of York, told the lords of Austrasia of the existence of their king, they called him back to the throne in 675.
After he had taken his country back, Dagobert II brought peace and stability, and founded numerous churches and abbeys.

In 679, a conflict broke out with Neustria. Thierry was their king and his Mayor of the Palace, Ebroin, conceived. a. plot against Dagobert, who was then assassinated on 23rd December 679, in the forest of' Woëvre, some distance from his royal residence of Stenay. He was canonized at the council of Douzy in 872.
What vestiges of Dagobert's reign can still be seen at Stenay?

1. THE SAINT DAGOBERT II REMEMBRANCE ROOM
Its aims are:

2. THE GATEWAY OF THE CHURCH OF SAINT-DAGOBERT
In 1965, during the course of works undertaken on his property, Monsieur Laplante, the architect at Stenay, discovered ancient walls, which led him to think that the gateway of the church of Saint Dagobert had been found. In 1972, a group of Stenay citizens known as the "Group for the research and improvements of historic monuments", led by Monsieur Renault, professor at the Stenay Lycee, embarked on the updating of the gateway. The showpiece is the sculpted tympanum probably representing Saint Dagobert seated in majesty, flanked by two people on their knees. The gateway was dismantled systematically into separate pieces and rebuild in the caves of the Saint-Dagobert remembrance room.

3. THE MYSTERIOUS STONE: THE SATOP SQUARE
The Sator Square contains 5 words, which can be read in all ways: SATOR, AREPO, TENET, OPERA, ROTAS. The pagans, who used the stone before the Christians, placed the word ROTAS at the top, in place of the word SATOR (as at Pompeii). A replica of the stone can be seen in the caves of the Saint-Dagobert remembrance room.