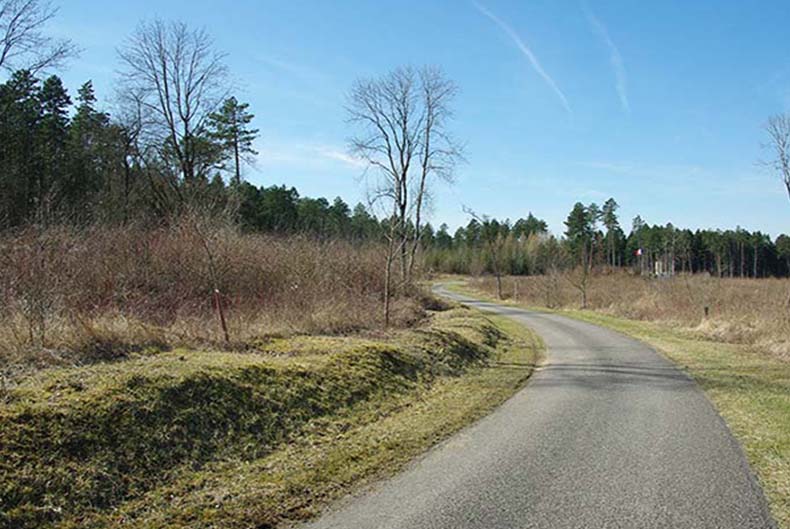 Les Eparges is a ridge overlooking the Woevre Plain opening out towards the town of Metz. It was the scene of terrible fighting, especially in 1915. It was in this sector, which includes the Calonne Trench, that literary conscripts were brought face to face with the Great War.

Alain Fournier and Louis Pergaud were both killed in 1914. Others who fought here included Jean Giono, Ernst Junqer and Maurice Genevoix, member of the Acadernie francaise and author of a monumental memoir, The Men of 1914. The ridge still bears the scars of mine warfare in the form of craters left by the explosive charges.

There are also numerous memorials across the site - Memorial du Genie (engineers' memorial), Monument du point X (the Point X memorial) and its panoramic view, and the Monument du Coq (memorial to the 12'h infantry division) to name but a few. At the foot of the hill is a French military cemetery, the Cimetiere du Trottoir. The Alain Fournier memorial stands in the Calonne Forest. It is a glass pyramid indicating the spot where the bodies of the writer and his men were found, 70 years after their mysterious disappearance.