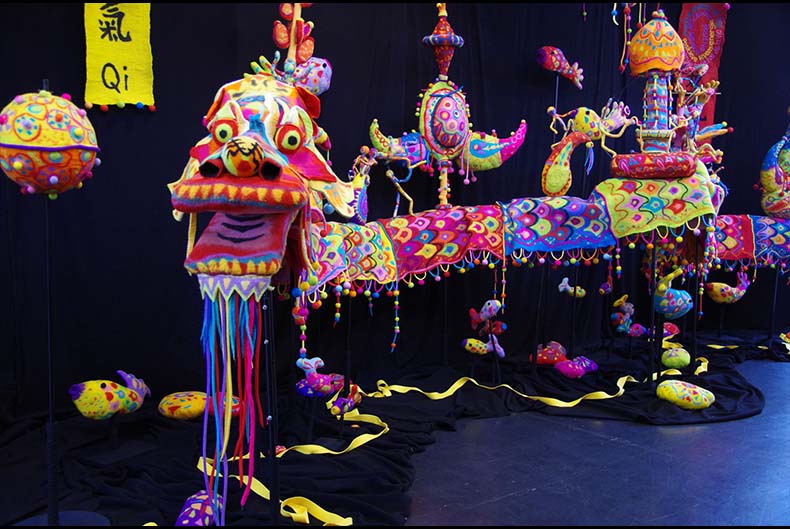 Settled in the old cattle sheds of the abbey built during the 17the century, the Felt Museum was created in 1988 to make known and to promote this particular matter: felt.
Its manufacture was established in Mouzon in the years 1880’s by the industrialist Alfred Sommer who founded his own factory.

The principle of felting is simple: it is enough to subject an animal fiber mass to the action of heat, humidity and movement. The felt, a material with multiple advantage can have many uses that you can discover in this museum.
As you can notice, the felt is a largely-used material in industry. It has many qualities indeed. It insulates, polishes, filters, seals off, absorbs the shocks and is used for the transfer of liquids, etc.
Except its broad use in industry, the felt is also used in the manufacture of hats, slippers and cotillions. The felt equips us from head tot feet.

The felt existed for more than 6000 years in Central Asia. A film in the museum shows the traditional artisanal method of manufacture of a felt carpet in Turkey during the years 1990.

Discover the history of the Sommer family whose members followed one after the other the path to the felt factory. Visit the engine room, which contains a felting chain in operating state.
In the large central room of the museum, exhibitions are organized from felts works of contemporary artist.