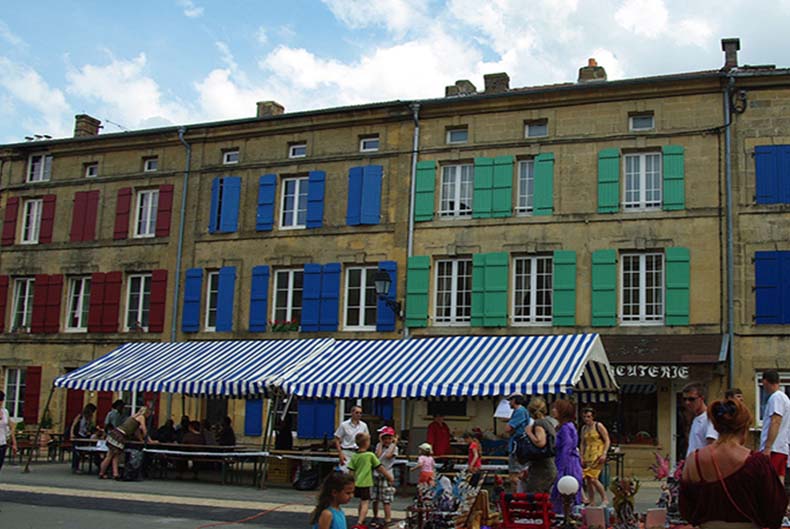 The small but delightful town of Marville.

Marville experienced a period of great prosperity in the 16th century. That era is called "the Spanish-Lorraine era." Because when the Netherlands lived under Spanish rule, a Spanish garrison resided in Marville. The Spanish army introduced a Mediterranean way of life and architecture. Some settled there for good when the regiment left.

Thanks to this era, Marville was thriving and wealthy. During this time, rich and beautiful houses were built by noble lords, citizens and merchants. At that time, 3,000 residents lived in Marville.

The village is surrounded by fortification walls and rises above the landscape. Some special buildings and streets:

And if you are in Marville, visit