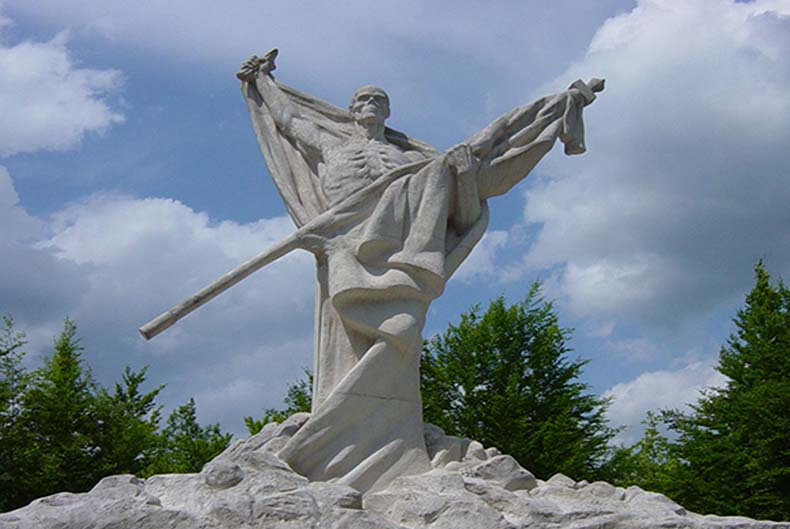 The heights of Le Mort Homme or Dead Man's Hill (German: Toter Mann) lie within the French municipality of Cumières-le-Mort-Homme around 10 kilometres northwest of the town of Verdun in France. The hill earned tragic notoriety for being the scene of bitter fighting in the Battle of Verdun during the First World War.

The hill has two summits which are named after their height in metres: the northern crest is Côte 265 and the southern one is Côte 295. It overlooks the villages of Béthincourt to the northwest, Crow Wood and Cumières to the east and Esne to the south. The hill rises 1.55 kilometres north of the village of Chattancourt. It was a great vantage point - the field of view from the hill in all directions was remarkable.
[...]
Despite the terrible cost, the Germans were able to advance slowly, first capturing a neighbouring hill, Côte 304, which was dominating the approach to Le Mort Homme. Then, on 16 March, the Germans took Côte 265, labelled on their maps as Toter Mann (Le Mort Homme), but not on French maps. Finally, on 24 May, they took the second summit, Côte 295.

Le Mort Homme rises 1.55 kilometres north of the village of Chattancourt. From there it is accessible via road.
On the summit today is a memorial site. On the northern hillside are the remains of the German Gallwitz tunnel complex