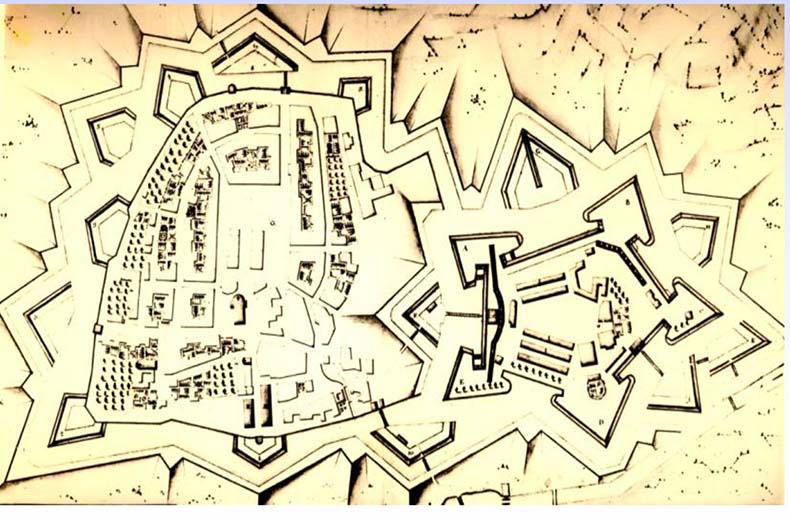 Tour of the old ramparts - Stenay

Follow in the footsteps of the old fortifications of Stenay between the town and the military citadel. This pleasant historic walk of about 1 hour 15 minutes leads you back in time through the meandering lanes and passages of Stenay.

CIRCUIT TOUR OF THE OLD TOWN RAMPARTS
A short history : Stenay, a gateway town situated on the edge of France and The Holy Roman Empire, fortified town and military stronghold, has always needed to protect itself behind fortifications.
The first walls appear to have been built from the year one thousand AD onwards. Throughout wars, sieges and the advent of artillery, they underwent certain modifications and it is was not until around 1615 that the construction of the citadel was able to be completed.

After the town's final annexation to France in 1654 and the repositioning of the borders further east, the necessity of having such fortifications ceased and the dismantling of the citadel began in 1689.