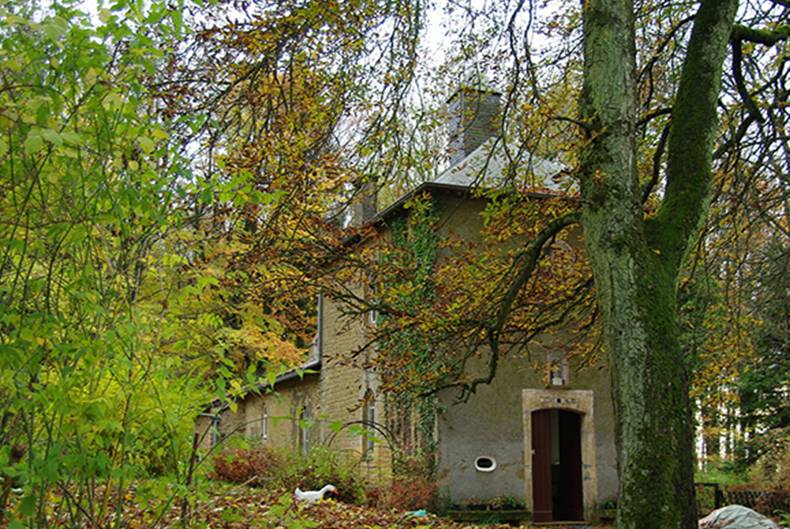 In 1636, the chapel Notre Dame of Luxemburg in Torgny was erected due to the outbreak of plague. In 1729 the hermitage was annexed to the chapel. Young women without a husband and pregnant women used to come there on pilgrimage.

The worship of Notre Dame (Our Lady) of Luxembourg dates back to 1624 when the Jesuits introduced the worship of Notre Dame, Mary, comforter of the afflicted, into their churches.
In 1659, the Treaty of the Pyrenees closed the pilgrimage route to Avioth, which led to a new pilgrimage route to the hermitage at Torgny.
On 20 September 1676, the Virgin called upon to intervene in the lives of the afflicted, would become the patron saint for the whole of the Chiny dukedom. This worship was particularly popular in Torgny because of the terrible plague epidemic of 1636. This devastating epidemic ravaged the population of Torgny, almost two thirds of the inhabitants perished. The village would stand deserted for over twenty years.

The village was reoccupied around 1660. Following the wishes of the villagers, who wanted to protect themselves against new epidemics, a chapel was built on its current location.

The people of Torgny then promised to hold an annual procession to Notre Dame de Luxembourg on the 5th Sunday after Easter. A hermitage was added onto the chapel in 1729.

Thanks and source: Découvrons Torgny (discover Torgny) by Bernard Joannes