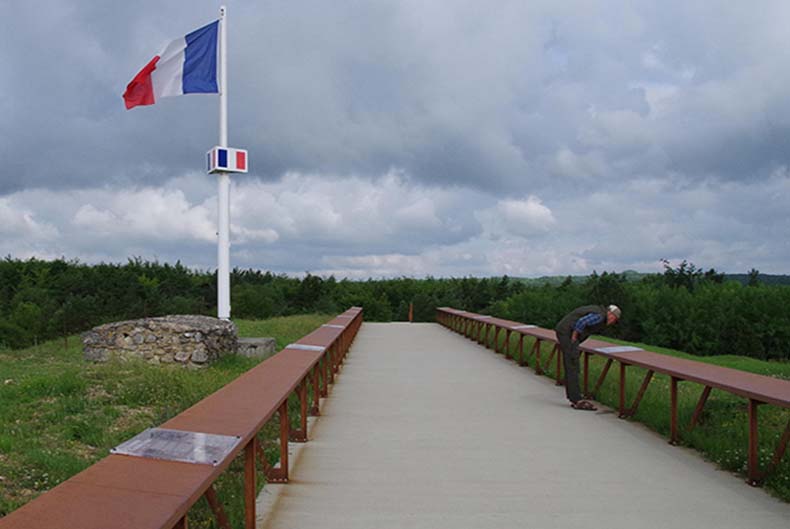 Fort Vaux, another Sere de Rivieres fort, was one of the main priorities of the German attack, from the very start of the Battle of Verdun. Early in March 1916, the Germans launched a 100-day siege from their position a few hundred meters from the fort.

The French soldiers inside were subjected to a deluge of artillery shells but they withstood the attack despite a lack of food and water. On 1 June, the Germans reached the fort. For a week, cut off and without any outside help, the French garrison put up a heroic fight within the fort before exhaustion forced it to surrender. A tour of the fort shows the everyday living conditions of the men besieged within it, men whose heroic and dramatic struggle has become a symbol of the dogged determination shown by soldiers at Verdun.

The ticket office closes 40 mins before the fort itself.